Born Brave Will Rush to Fight 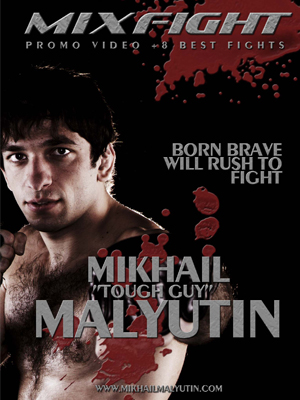 The eight greatest fights of Mikhail Malutin now may be watched on one DVD "Born Brave Will Rush to Fight"! Mikhail Malutin is the World MMA Fighting Champion, the one of the first in Russia to release a DVD collection of his fights. The DVD is going to be entertaining not only for professional fighters, but for everyone who takes interest in combat sports.

KAKNADO Media Company has been a partner of the upcoming release. We shot a promo-video (see our website), did mastering of the DVD, designed all the elements of its appearance and made all the copies ready for sale.

The videos presented on this DVD include fights of Mikhail Malutin with his combat opponents; here is the list of them: